So I think it’s time for another IMterview, because we all love them.

You may remember my previous IMterviews, such as this discussion of Cycler with Lauren McLaughlin, and chat with Robin Wasserman about Skinned, and this deep and meaningful with Justine on the subject of How to Ditch Your Fairy.

Today we have Maureen Johnson, best know for her fabulous novel Thirteen Little Blue Envelopes. Her latest series is Suite Scarlett, and this IMterview marks its paperback release. I read it back in its manuscript days, and those of you who follow Maureen’s blog will not be surprised to hear that it is totally hilarious!

So without further ado, let the IM-ing begin . . . 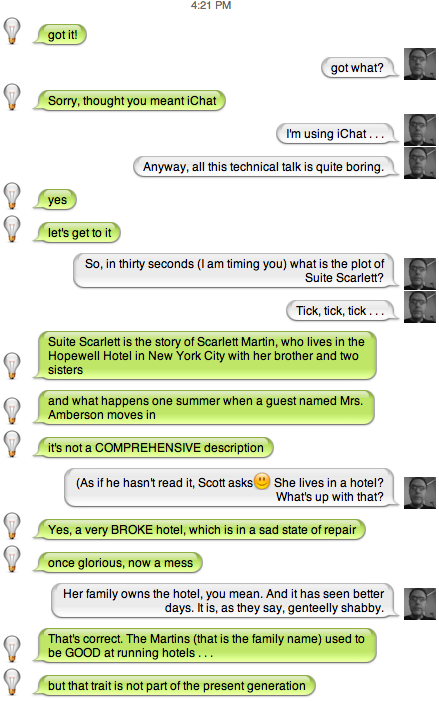 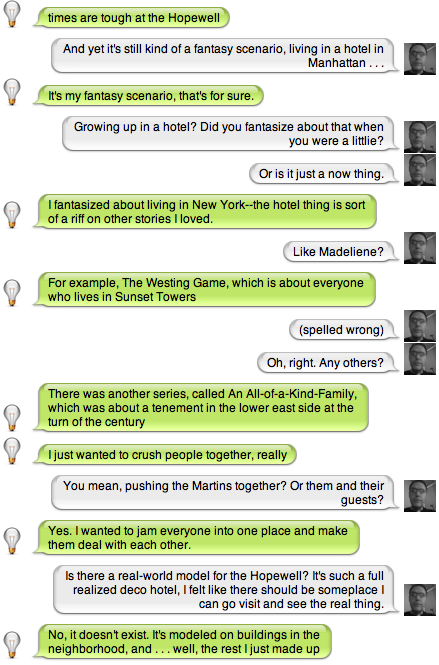 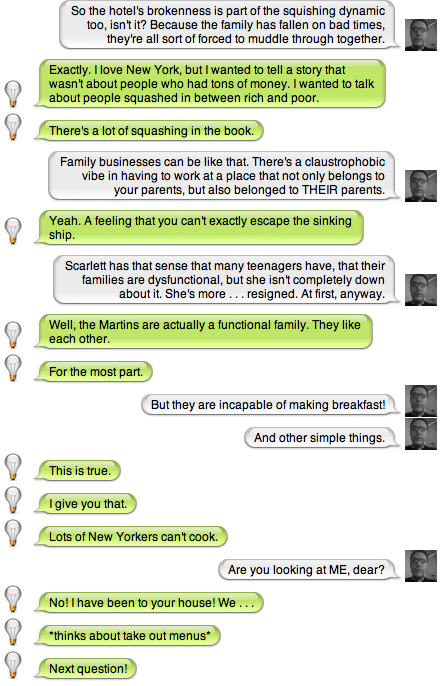 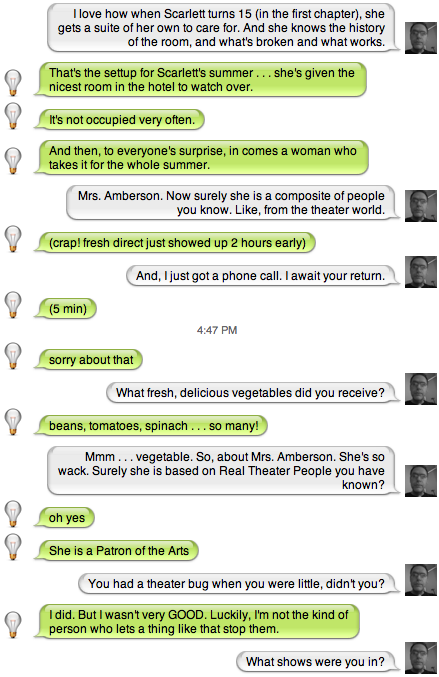 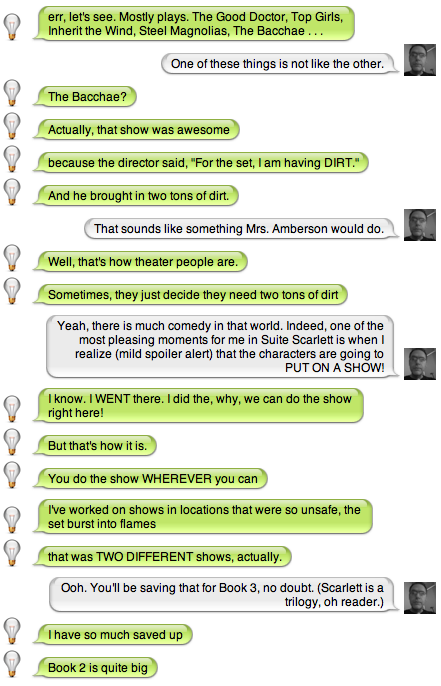 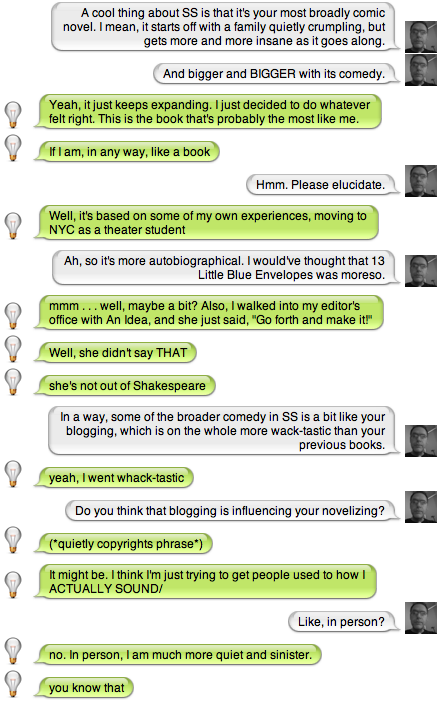 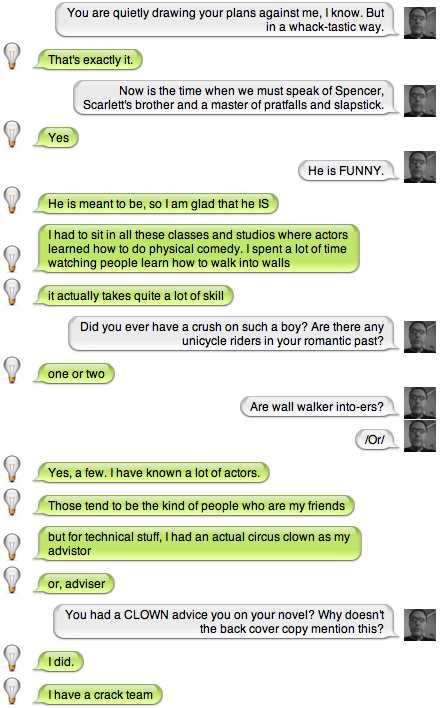 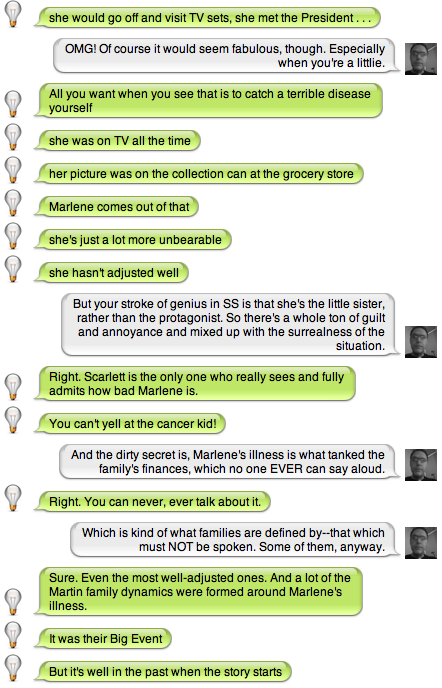 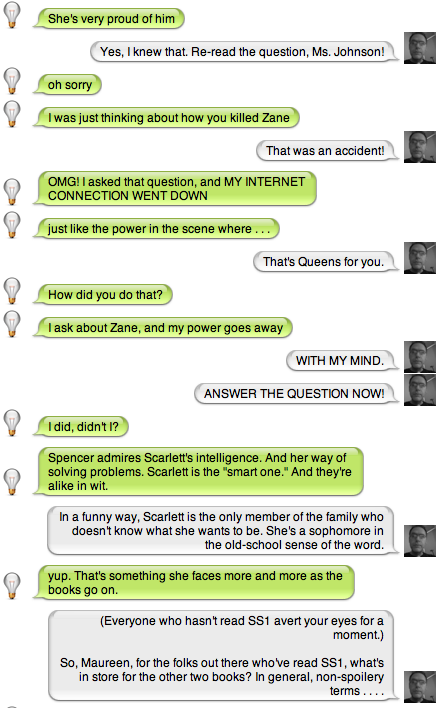 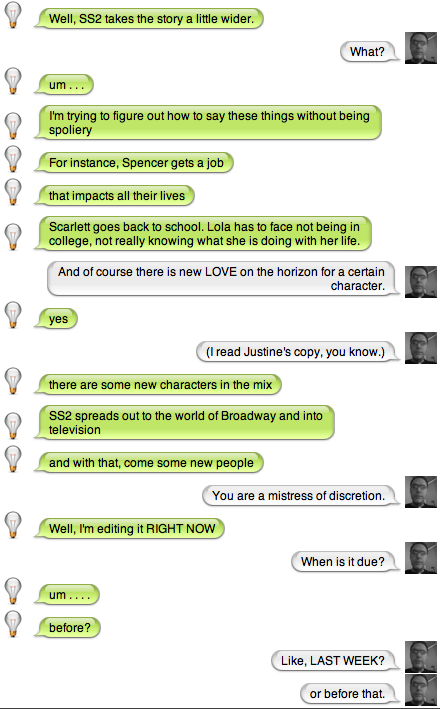 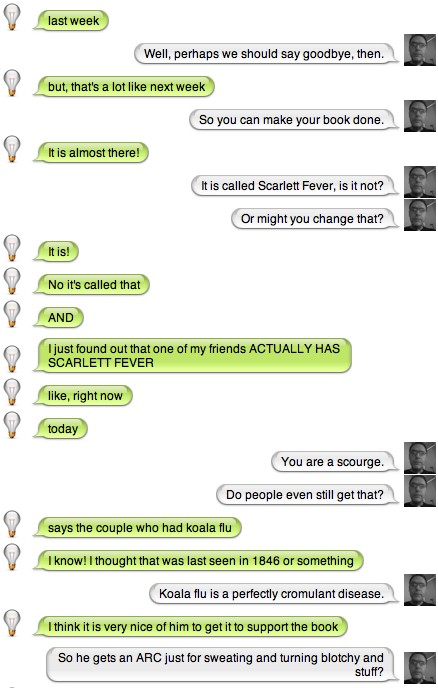 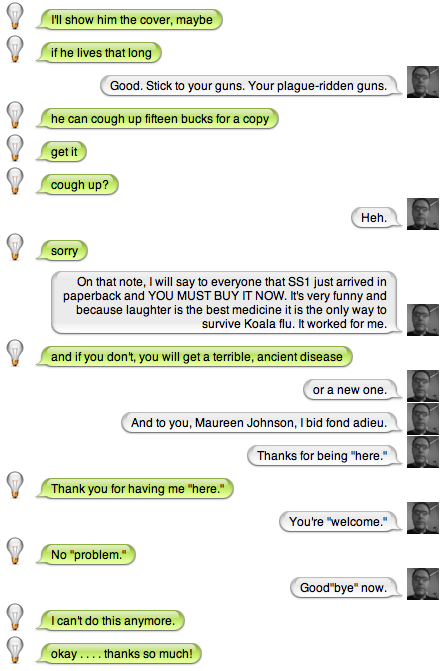 You can find Suite Scarlett at Amazon, Barnes and Noble, or any independent bookstore.

96 thoughts on “IMterview with Maureen Johnson”