What with all the trailer hoopla, I forgot to post a new illustration at the beginning of the month! So it’s time for more Leviathan art!

You may have notices that the first three images were all from the Darwinist side of things. (That is, weird beasties.) This was an oversight on my part, because the Clanker side of the war (weird machines) is equally cool. 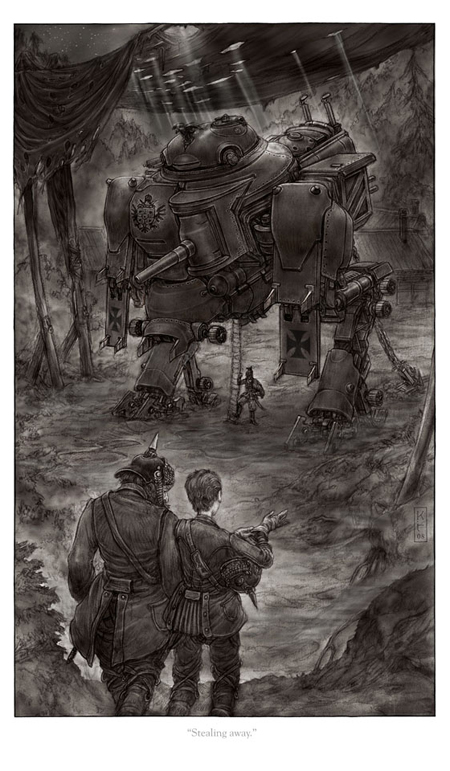 One of the main reasons I chose Keith Thompson is his equal facility with strange creatures and fantastical machines. That’s the whole point of the series, after all, to see two distinct technologies (or ideologies, or aesthetics, or world views) at war with each other—one biological, the other mechanical. So to make the contest fair, neither one can look better than the other. I think you’ll agree, both are slathered with awesome sauce.

Again, this is only one of fifty pieces of interior art. Two percent!

Click here to see the other three images I’ve revealed.

And if none of this made sense to you, click here to see the Leviathan trailer, WICKED BIG-STYLE.

Update: Forgot to mention that Justine and I will be appearing at Teen Author Reading Night in NYC this Wednesday!