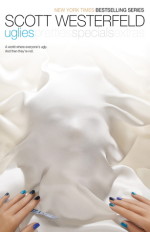 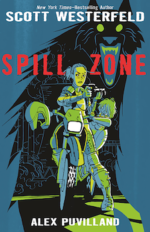 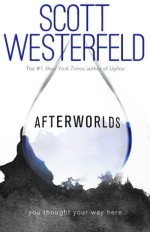 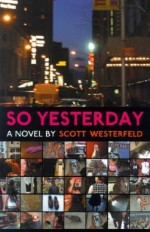 “It’s hard to decide what to praise most about this novel. The writing is exquisitely sharp, the plot clever and enthralling. Science fiction doesn’t get much better than this.”
—Science Fiction Weekly

I wanted to write a book with an artificial intelligence as the main character. What would be a good job for an AI? I asked myself. How about . . . art dealer? So, um, yeah. This book is about an AI art dealer in search of a missing artist. If that doesn’t make you want to read it, what’s wrong with you?

This was my first book to be received as a “literary” novel. In other words, places like the NY Times reviewed it. That was all really thrilling, until I realized that it doesn’t guarantee millions more sales. Maybe . . . hundreds more? But I did get a movie option out of the review. Stan Winston, the guy who did the sfx for Alien, was all into filming it. Alas, they had trouble writing a script (no, they never asked me) and the project gently died. As, um, 99% of all movie options do.

One funny thing: when the Review of Contemporary Fiction reviewed Evolution’s Darling, the guy said it was like a Philip K. Dick novel. Huh? Not true at all. Someone told me that’s just what literary magazines say when they review sf so that their readers don’t go, “Ewww, science fiction!”

Also, be warned: This book contains graphic content that some will find disturbing.

“Along with Westerfeld’s fascinating speculation is a compelling story and a memorable cast of characters.”
—Locus

“With breathtaking style, Fine Prey whips together the fields of equestrianism, genetic engineering, and linguistics; slathers on the base emotions of bloodsport; carefully adds layers of alien philosophy, human alienation, and class consciousness . . . A very enjoyable and deep read. If you like honest authors who clearly command their material (and your attention), give this fine book a read.”
—SFSite.com

What’s the old saying? “You have 20-something years to write your first album, and 6 months to write your second.”? The same goes for this, my second novel. It was also the first one I sold before writing it, and I’d just quit my day job to “be a writer.” All very scary.

But it’s one of my favorite of my own books. The heroine, like me, is fascinated with language, and manages to think about every cool thing I’ve ever learned about words, meaning, and language. Strangely, novels about xeno-linguists don’t sell as well as the rest of my books. It’s out of print, but you can still get used copies.

“With a feel for the genuinely alien, he is a writer to watch.”
—American Library Association Booklist

“Cyberpunk with a literal twist, and an awareness of the interplay of class, race, and status that gives a new edge to the action. Definitely worth your while.”
—Melissa Scott, author of The Jazz

My first book. Very fond of it, also embarassed at a few bits. You know, like remembering your very first girlfriend/boyfriend or something. It’s about a shape-shifter hanging out in NYC nightclubs. Living in the city in my twenties, I always thought it would be cool to be able to get into any scene–black, white, gay, straight, whatever–by changing your body like you change your clothes. Hey, what are first novels for if not massive wish fulfillment? (Be warned: a bit graphic in places.)

Out of print, but I’m always happy to see that collectors buy copies of it for upward of 30 dollars, even though it originally sold for $5.99. Do they put them in plastic bags, I wonder?

Information about rights to my books can be found here.