Hope to see you there!

BOOTH SIGNING
Saturday July 22, 2017 11:00am – 12:00pm
First Second Booth
I’ll be signing SPILL ZONE. Buy at the book or bring your own. (And of course I’ll sign anything else you want me to, except confessions.)
Also we’re giving away Spill Night comics & tattoos!

YA IS THE FUTURE OF COMICS
Saturday July 22, 2017 5:30pm – 6:30pm
Room 7AB
One of the hottest genres in pop culture, YA books, movies, and comics aimed at middle-grade and young-adult audiences are creating legions of devoted fans all over the world. Join some of the most popular new voices in comics as they discuss the importance of YA, how to bring new readers to comic books, and the bright, diverse future of entertainment. Featuring Nidhi Chanani (Pashmina), Sarah Kuhn (Clueless), Tillie Walden (Spinning), Shannon Watters (Lumberjanes), Scott Westerfeld (Spill Zone), and Kiwi Smith and Kurt Lustgarten (Misfit City). Moderated by Brigid Alverson.

I’m still on tour, in Dallas at the moment, headed to Cleveland next. But I wanted to mention that for the next few events, I’ll be part of a group of authors known as Fierce Reads 2017.

This gaggle of scribes includes Erin Beaty, Taran Matharu, Kristen Orlando, and me. We’ll all be together in Parma OH, St Paul MN, Santa Cruz CA, Austin TX, and Coral Gables FL. They’ll be appearing without me in Menlo Park CA and Las Vegas NM. (And I’ll be doing solo events in Toronto CA, Rhinebeck NY, and NYC.)

This is what I discovered:

Three things that describe your book:
“Spies, lies, and smooching.”

Strangest reaction you’ve ever gotten to your book?
“I begged my readers to give me feedback on the romantic scenes, but hardly anyone would give me more than a thumbs up. But then I got a lot of great feedback and specific advice from my mom, which was ewwwwwwwww.”

What were you doing when you found out you were going to be published?
“I was ironing a bunch of shirts for my brother-in-law’s wedding when my agent called to say I was going to an acquisitions board. When the offer itself came through the next week, I was getting ready for the wedding’s rehearsal dinner. After that, the whole night is pretty foggy.”

Three things that describe your book:
“Harry Potter, Lord of the Rings, Pokemon.”

Strangest reaction you’ve ever gotten to your book?
“I have had two marriage proposals from readers I have never met.”

What were you doing when you found out you were going to be published?
“The was actually about to go into one of those sensory deprivation tanks to clear my head, where you float suspended in water for an hour. You’re supposed to relax and let your mind go empty. Let’s just say it didn’t work out that way!”

Book
You Don’t Know My Name

Strangest reaction you’ve ever gotten to your book?
“I just got the most irate email from a reader: ‘HOW COULD YOU DO THAT TO YOUR READERS????? I finished it a few minutes ago, threw the book across the room, and had to contact you immediately to express my great disdain about your ending. I feel sad and awful and empty and hopeless!!!! Why did you do that to me???'”

What were you doing when you found out you were going to be published?
“I was at work when I got the call. I went into the stairwell, jumped up and down and then called my husband.”

For details of all Fierce Reads events, click this link.

To check out the rest of my tour, click here.

Hope to see you all on the road!

I have two books out in Spring 2017, Horizon and Spill Zone, and will be touring for both of them!

Tours are updated frequently, so I’ve moved this info to my Appearances page:

Click here to find out if I’m coming to your city!

Come see me at any of the following panels and signings:

(I’ve already done all these events. Thanks to everyone who came and saw me!

I’ll be on tour for both Horizon and Spill Zone over the next few months. Watch this space for details!)

Exciting news: I have a graphic novel coming out in May 2017, but you can start reading it now!

It’s called Spill Zone. It’s set in the aftermath of an unexplained event that destroyed a small city in upstate New York. It follows a pair of sisters orphaned by the Spill.

The oldest, Addison, is a young adult providing for her little sister by sneaking into the Zone and taking photographs of the strange phenomena there—the ultimate outsider art. 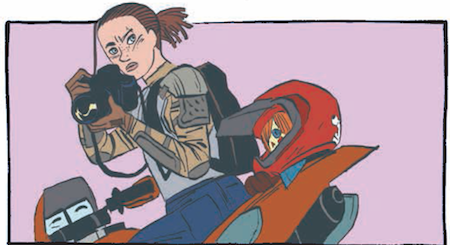 Her little sister, Lexa, hasn’t spoken since the Spill, but has an eerie connection with the doll she carried out from the wreckage of their hometown.

The question is, what really happened that night? And what connection does the doll Vespertine have with the Spill?

The cool thing is, you can start read the comic NOW online. It’s not all up yet, but we’re adding six pages every Wednesday.

By the way, the art is by the amazing Alex Puvilland, with colors by the wondrous Hilary Sycamore. 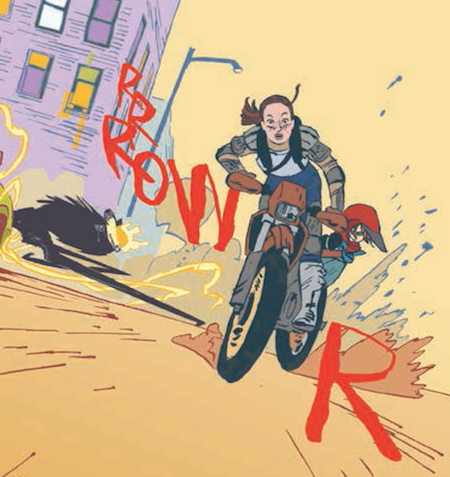