On Tuesday, July 12, Justine and I will be appearing at the Donnel Library in New York City. This is a Teen Central event, which means that only people 12-18 are allowed in. (No littlies or crumblies.)

We’ll be talking about Magic or Madness and Uglies, and generally attempting to be entertaining. Here’s where it is:

In other news, Pocket Books in France has made an offer on the Uglies trilogy. 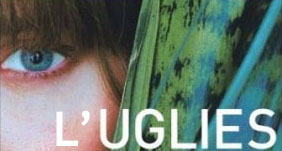 Yay, France! They have now taken all three Uglies books, plus So Yesterday, Evolution’s Darling, and The Risen Empire. They are now ahead of all non-US countries in publishing my work, including Britain and my adopted Australia.

Also, I get great press there. So, I’m like the Mickey Rourke of science fiction, or something.

People studying French, what will the title be?