Well, I’m off to Mexico tomorrow. I may photoblog from San Miguel a bit, but I’ll mostly be working.

So before I go, here’s my big news: This morning I sent off the finished first draft of Specials, the third book in the Uglies series. There are rewrites and edits to be done, but I’m basically done with the trilogy. Yee-hah!

Wait? Book three! Well, to answer once more the most common question in my fan mail, Pretties, book two, comes out in less than two months! 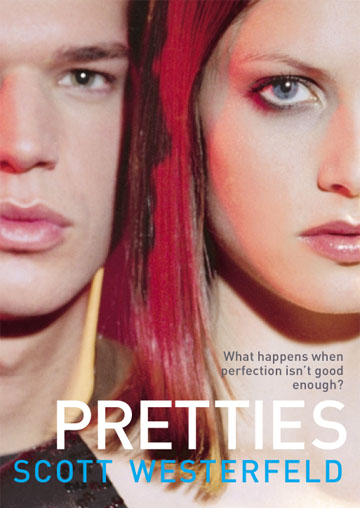 I know, crazy isn’t it? I’m a whole book ahead of my publishers. But that’s the way it goes. The text has to be edited, reviewers’ copies have be sent out, marketing campaigns planned, and that’s before book stores fill out their order forms. Justine explains it here.

Watch this space for the cover of Specials, which I’ve been promised is coming my way soon.

In the meantime, I’m off to Mexico to relax, recreate, and start on my next book, which may (or may not) be a sequel to Peeps.