Razorhurst, the latest novel from my lovely wife, Justine Larbalestier, is finally out in the US and Canada! (It came out in Australia last July.)

It’s about Kelpie, an orphan in 1932 Sydney, who can see ghosts. Raised by restless spirits on the streets of Razorhurst, a crime-ridden slum, she stumbles into the middle of a gang war. To survive, she must forge an alliance with Dymphna, a young call-girl who’s being pursued by one of the city’s crime bosses. It all takes place across one bloody day in the neighborhood where Justine and I live in Sydney. (Which is much nicer now. Lots of coffee shops, hardly any razor gangs.)

Razorhurst was inspired partly by police photographs of period, like this one: 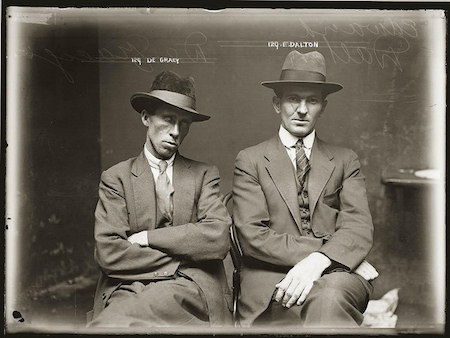 See, that’s when they made crims that looked like crims.

If you want to know more, here’s a post about the book on Justine’s blog, including a link to read the first chapter.

And a guest post on the Whatever about how Justine got the idea for the book.

And finally, here are some cool cover-related pix for sharing on social media, which is what the kids do today with their memes, I’m told. 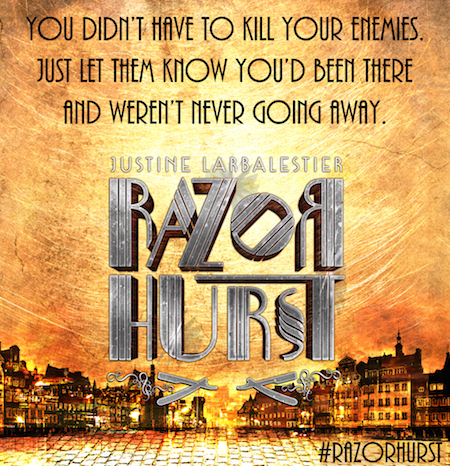 Hope you get a chance to read it!

3 thoughts on “Razorhurst Is Out in the US!”