Before I FAF you, let me mention two cool things.

1) There’s a podcast reading of my short story “Ass-Hat Magic Spider” up at the Dunesteef Audio Fiction magazine. You should go check it out. The story starts about 4:30 in, after some yucks between the hosts.

2) Next week I’m going to be live-tweeting an old movie with various friends around the world (namely, @justinelavaworm, @readingincolor, and @gwenda). In other words, we’ll all be putting the DVD in at the same time, watching it in sync, and tweeting VERY witty things. Or just crapping on about Cary Grant’s amazing car, ore likely. Why are we doing this? Because it seemed like fun, and @readingincolor hadn’t seen it yet.

The movie is called Topper, and is a screwball comedy about dying in a car accident and then messing with your banker as a ghost. (Seriously. People laughed at some weird stuff back then.)

If you’re on the twitter machine, please feel free to join in.

And now for some FAF! Today’s FAF will have unusually low editorial content, because I have a seven-course meal to cook the day after tomorrow. All my spreadsheets are full of recipes! Also, the fan art has been building up over the last few weeks, and I haven’t always kept records of who sent what. If I haven’t attributed the art, please identify yourself in the comments.

We should start with this seasonal confection from the excellent @NovelNovice’s mom: 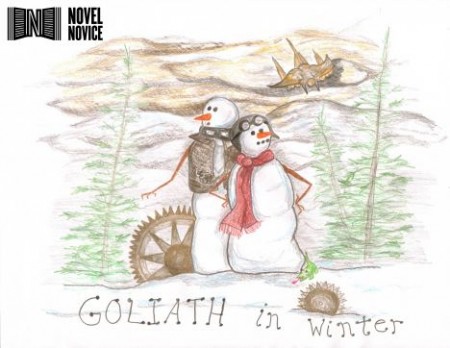 This is cool. I saw it on Twitter, but I can’t remember who did it. 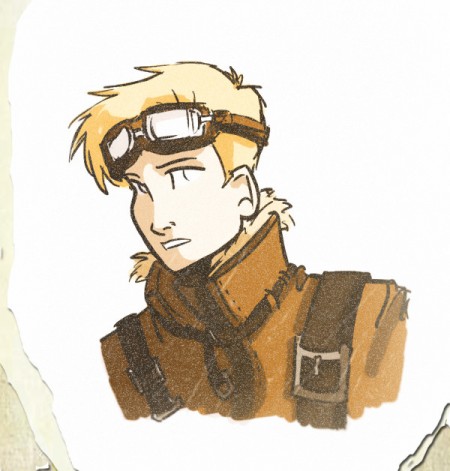 Abigail sent me this one of Deryn. 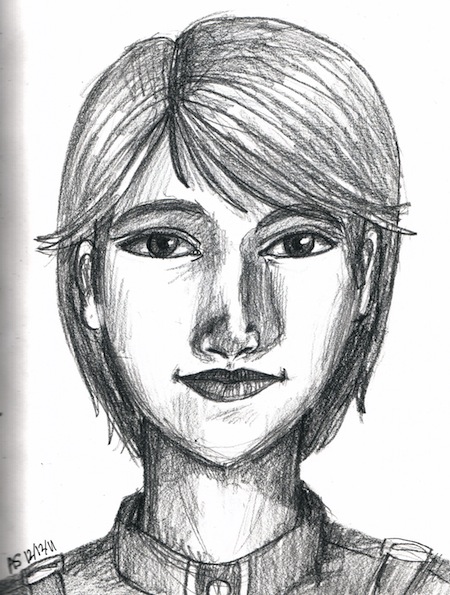 I like her smile. Deryn is more of a smiler than Alek.

This one is by AdventureIsOutThere. I think the expressions tell an interesting story. What dialog would you caption it with? 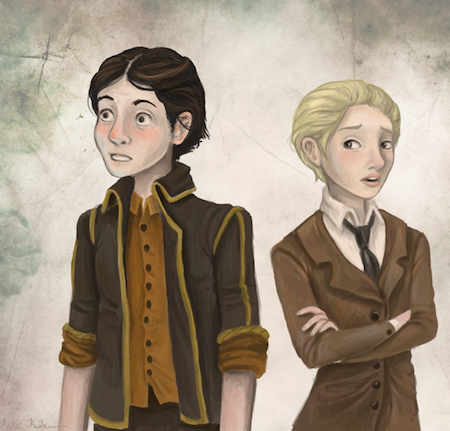 Here’s some Dr. Barlow cosplay. Again I can’t remember whom. 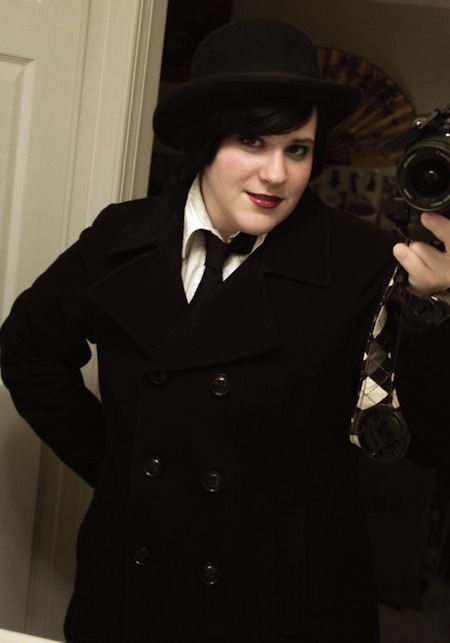 I LOVE this shot of Deryn hanging out on the ratlines. It’s by Helen Yoon, and should totally be the poster for the Leviathan musical. Feel free to photoshop it into exactly that!

This next one is by Melissa, and shows Alek walking in on Deryn in a dress. (It predates the Bonus Chapter, obviously.) 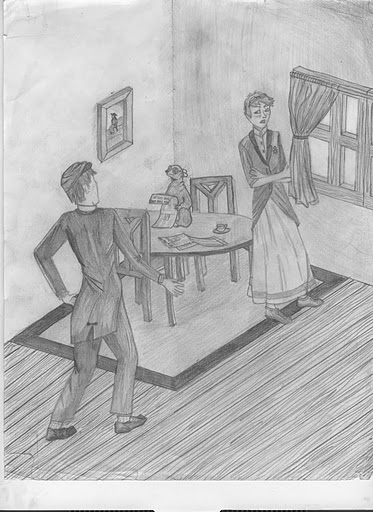 Love the look of this next piece by Jesidres. Apparently Alek has held onto Tesla’s walking stick. (I never exactly say what happened to it, after all.) 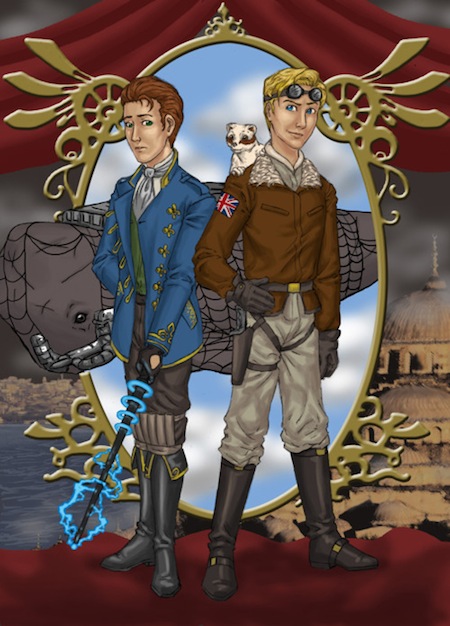 This next one is by Maile. Just Dalek, hanging out in Istanbul after the war. You know. No big thing. 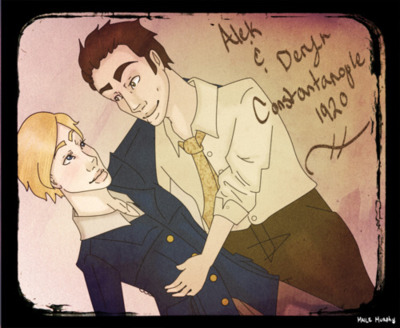 It’s nice to see them just having fun.

And this is not properly fan art at all. It’s just a picture of Princess Margaret of Prussia. But it TOTALLY looks like Deryn if she had wound up marrying into the Hapsburgs. As in NOT very happy. 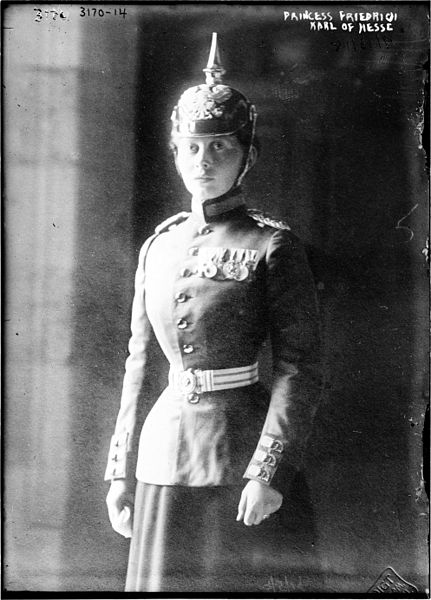 “Alek, you know your family are barking mad, don’t you? LOOK AT WHAT THEY MADE ME WEAR TO BREAKFAST,” is clearly what she’s saying. With her eyes.

And penultimately, a pair of pencils pieces portraying our princely protagonist and his pugilistic protector. 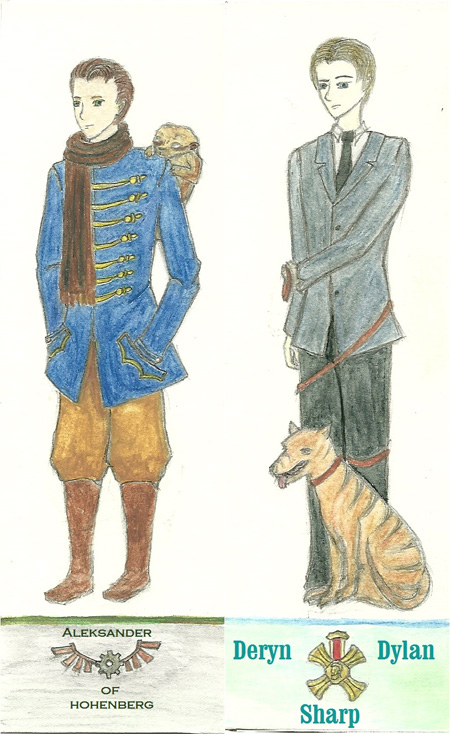 Hmm. Can’t seem to find who did this one either. I ADMIT TO SUCKING AT CERTAIN FORMS OF ORGANIZATION. Do not let me do your taxes.

And finally, here’s another entry in a long-running competition I call, “No, it is I who mark up my books most of anyone, ever!” (Also known as America’s Top Post-It Model.) This time it’s the new edition of Uglies: 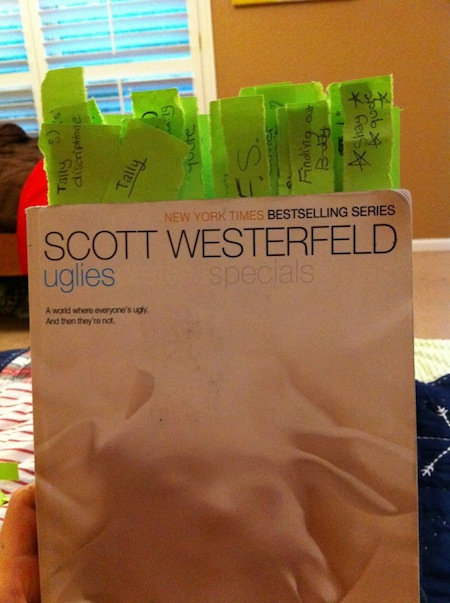 Sophie sent that, by the way. (Sometimes I know!)

Thanks to everyone, named and unnamed, for sending in such fabulous fan art. It’s the best present a writer could ever hope for.

It will be all Uglies Manga, all the time!