A few notes on genre “reveals” and on the TV option of Midnighters, all starting with a long digression.

Back when I was a young composer, I went to an early MIDI expo in NYC. Then (and now) MIDI* was the communication standard that allows electronic musical instruments to talk to each other, and back in those days of tangled patch cords and 8-bit sampling, that alone was a pretty cool thing.

But one of the exhibits was even cooler. It was a guy playing a trumpet, at the end of which was something that looked like a mute. This device was listening to the notes be played, analyzing their pitch, converting them to MIDI data, and then sending them to a synthesizer. All in realtime!

He also had a footswitch to change the change the sound of the synth. So it went something like this:

This is still a fairly cool thing to watch. In 1980-something, it was wicked awesome.

Suddenly, though, he clicked his foot switch, and the synthesizer shifted to its next instrument sound . . .

Stomp. And he was a trumpeter making the sound of . . . a trumpet.

But a dorky, synthesized trumpet, instead of the real one he held in his hands.

I looked around at the rapt audience, seeing who else got the joke. Only a few did, but we exchanged wry stares. It was a moment of sublime post-modernity, irony, and outright geekiness.

But it was also a warning to the wise: If you twist something around too far, it’s just the same darn thing you started with. But suckier.

I’m watching Underworld, what looks to be a diverting film about vampires and werewolves at war.

What could possibly go worng?

Stomp. Superhuman monsters at war . . . and they shoot each other with guns.

You know, guns. The things that kill regular people.

Except the vamps and werewolves die even faster than regular humans. So that one extra reveal brings us right back to normal. But suckier. 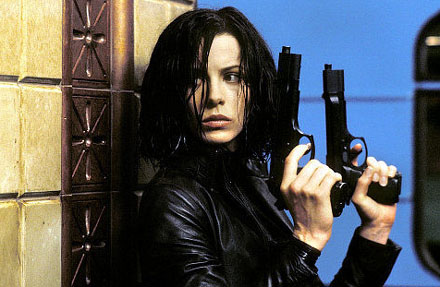 Wait! These things can kill people? No one told me that.

I’m watching Tremors 2 on cable, and of course I’m not stupid. I know it won’t be as good as the original. But at least I’ll get some more of those fantabulous underground monsters!

And yet here we go again. After a long and mysterious metamorphoses that promises a great new evil being unleashed upon the world, the underground monsters change into . . .

Stomp. Monsters that can run around on top of the frickin’ ground!

A war where people shoot at each other? Above-ground monsters? Trumpets that sound like trumpets? Doesn’t sound so magical. 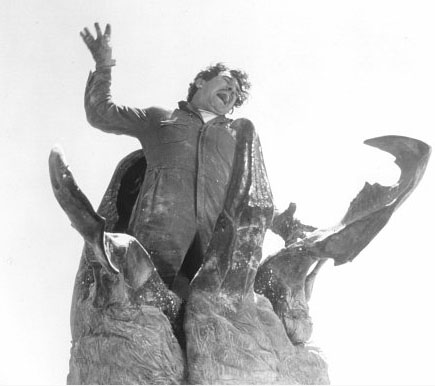 I find this turn of events to be less than beneficial!

This brings us to the Midnighters TV show.

Last October, Scifi Wire brought us an interview with former Charmed producer Brad Kerns. He’s the man that the CW (formerly the WB and UPN) has hired to look into creating a Midnighters TV show.

He is quoted saying:

It’s a very intriguing world. It’s a very cinematically visual area. At this point I’m not yet convinced that we’ve figured out how to make it a series. We’d want to up the ages of the characters in the book from all teenagers in high school to probably in their middle to late 20s.

Stomp. Twenty-six year olds who . . . stay up till midnight!

Can you feel the magic? Because, you know, when you’re 26 and the blue time rolls around, you’re probably, um, in a bar. Or watching TV. You know, like, hanging out.

Now I’m the last person to say that visual media must stay exactly like its literary source. Or that twists on an old story can’t create something new and extraordinary. Or that we authors shouldn’t be made rich by TV. No, you won’t hear those arguments from me.

But come on. When you’re 20-something, midnight just ain’t magic. I’m hearing a trumpet that sounds a lot like a trumpet.

Which sort of blows.

Update! According to web rumors the CW plans to bring back Veronica Mars with a brave new format: a few years in the future, Veronica has become an FBI agent.

Now that, my friends, is a twist.

100 thoughts on “MIDI-nighters on TV”