I’m on tour soon (my Appearances page will tell you where) so I won’t be able to post much until mid-October. So this is our last FAF for a while. *sniffs*

I’ve decided to end on a bang, with a set of Leviathan videos, but first let’s do some regular art.

First, from the world of dreams and clouds, this random assortment of air and water molecules decided to make Huxleys! 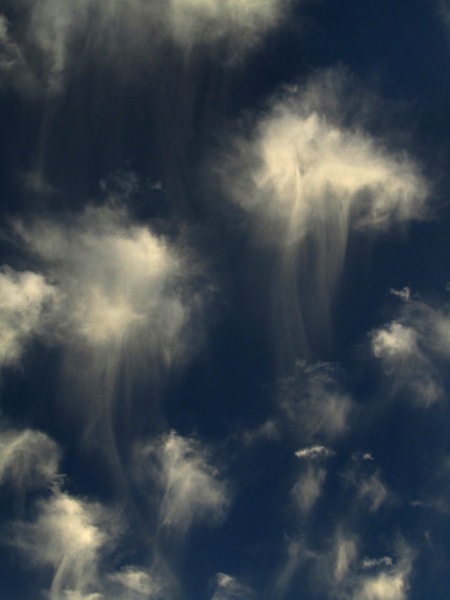 That really does look like Huxleys, which is a bit cool. (Photo by hpaich of flickr, tweeted at me by @ohhmyhead. They may be the same person. ON THE INTERNETS WHO CAN TELL?)

This just missed the CAKE cut-off, but ONE more piece of kissing fan art is entirely okay. It’s from Amy: 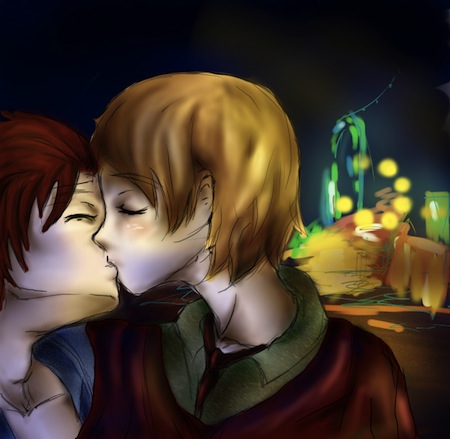 I love the blurry background, because it shows how the world fades into a blur when you’re kissing. (Unless it’s not-so-good kissing.)

I was a big doodler in my school days, because doodling’s a great way for your hands to show you what’s going on in your brain. It’s like dreaming on paper. So I was happy to get this Leviathan-themed page of scribbles from Ema: 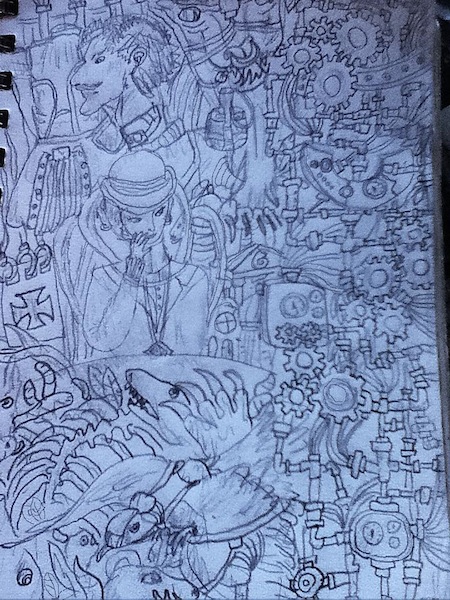 And now a couple of whacked-out-Alek drawings. I see a lot of these on the internets, drawings where Alek looks a bit mad. Maybe it’s because he’s so reserved on the outside, but we know he’s all a-churn inside.

From Maria Luisa, a rather manic Alek plays cards with Deryn on the spine. 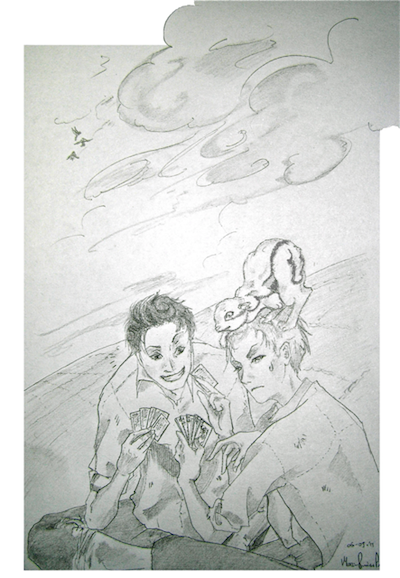 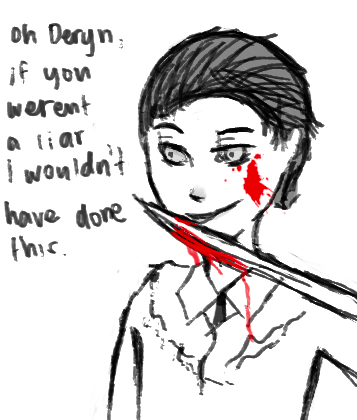 Let us move away from the crazy and toward the cute. An excellent piece of cosplay came may way this week, complete with a living, breathing Bovril! 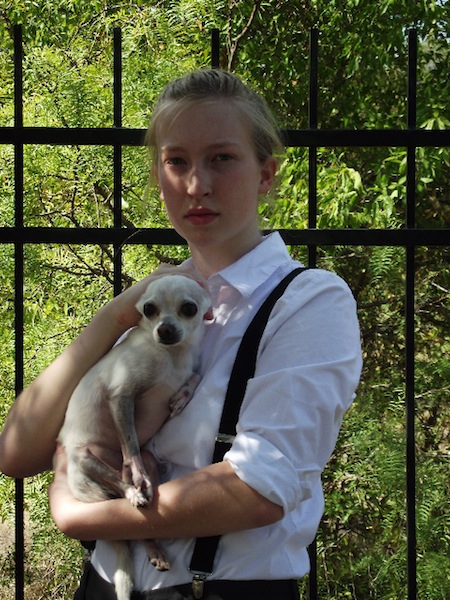 Hannah claims in her email that this chihuahua’s name is really Kip. But he does have eerily similar markings to a certain perspicacious beastie.

And a fancy-boots Dr. Barlow costume from Aurora Celeste: 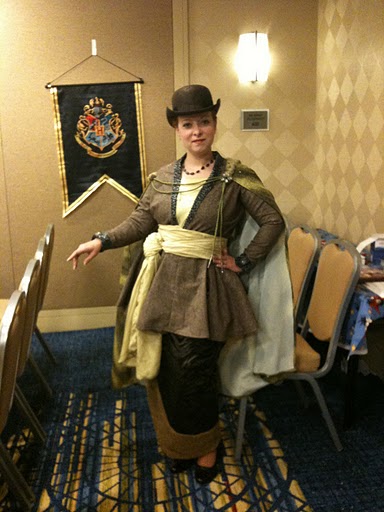 It seems like Dr. Barlow cosplay is outpacing Deryn at the moment. And we don’t get much Alek or Count Volger at all. WHERE IS THE VOLGER LOVE? Don’t tell me it’s because cosplayers are mostly female because a) probably not true, and b) girls can stick on mustaches too!

And now a hilarious submission to FAF from Katie. It shows how a novel can invade your reality, making everything a potential reference to the fictional book-world inside your head. Even a soda can. 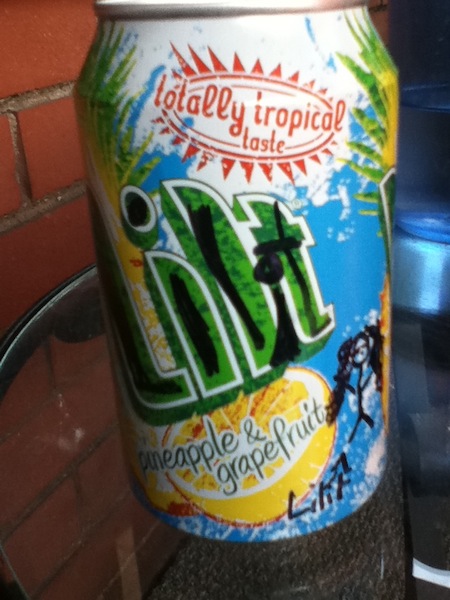 Hah! That happens to me too. I get hypersensitive to one word, or name, and it starts to pop up everywhere.

And to finish, here’s a quartet of Leviathan videos!

Let’s start with some Darwnist rock (from LScribeHarris, aka Lorelai Quinn):

You know, I never thought of Deryn and Alek as being a power-ballad tupe of couple. But they do fly through the clouds on top of a really big airship, which is pretty rock-worthy.

From Spitballer09, a rather stylish cast pick video:

I feel like I’ve posted this fake movie trailer from Zozomagod before, but I can’t find where, and it’s pretty cool. So here it is (again?):

Of course, the youtubes are full of Leviathan trailers and videos. What are your favorites?

That’s it for this week. See you on tour.

Goliath comes out on Tuesday!