We’re leaving on our World Tour tomorrow, but before we go I’d like to say goodbye to lovely Sydney. Ages ago, I took a bunch of pictures of the Sydney Opera House. This building is famous and iconically Sydney-ish, and it’s practically required by law that a picture of it appear alongside every mention of this city.

But the usual pictures never capture how cool the SOH is in person. How alien and dazzling, and how much fun Dess would have with the sheer mathiness of it. So here’s me trying. 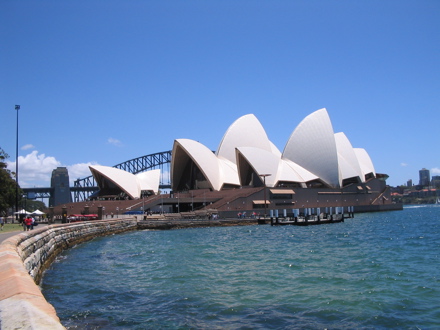 But what you don’t get from that distance is how much like a grounded alien spaceship the building is. As you get closer, the sails tower over everything, till you sort of expect them to swallow the tourists. This is a BIG building. It’s intimidating and jaw-dropping, like getting too close to a sleeping dinosaur. 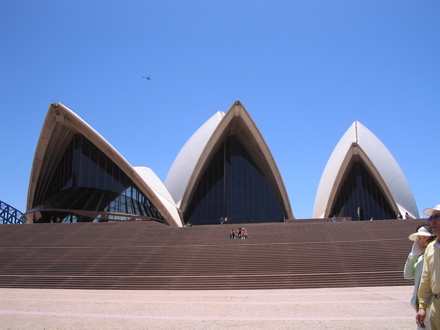 Supposedly, the goal-state of every English garden is that you can point a camera in any direction and get a perfectly composed picture. The Opera House gets much closer to this state than any garden I’ve ever seen. As you walk through the sails, unexpected compositions appear all around you. 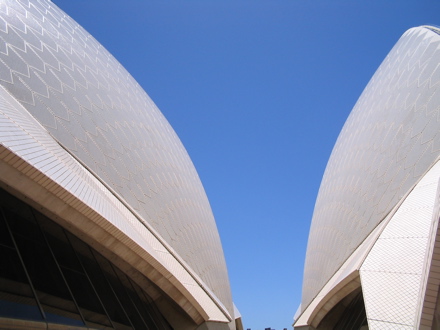 And sometimes they get that alien spaceship/dinosaur vibe again.

But the coolest feature of the Opera House is the tiles. Every surface is covered with them. The tiles come in several shapes, and are organized in patterns that reflect the curve of the sails. There’s this self-similar fractal thing going on, so as you get closer or step away, the same curves pop out at your eyeballs at different scales. 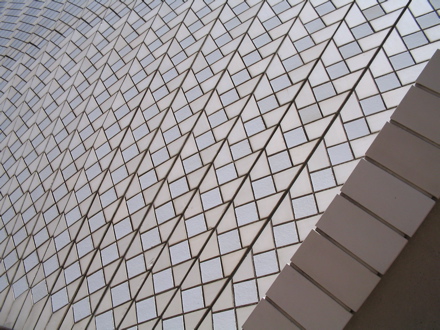 And the tiles are really shiny, so the sun gets involved in the whole transformative process . . . 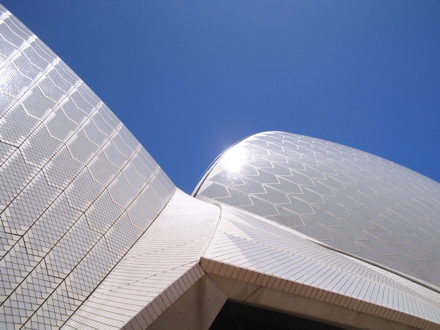 The whole building has this totally math-ilicious-ness about it that I’m sure Dess would love. Walking among its shifting shapes is sort of what I imagine it would be like to be in her head at midnight.

To see what I mean, click here for a monster-big version of the tiles in action.

Overall, it’s my favorite piece of modern architecture in the world. I’ll miss it while I’m gone.