Here’s one the things I love about New York:

Even when a building in your neighborhood suddenly up and decides to crumble into pieces . . .

And the authorities haven’t even figured out yet who’s in charge of making sure it doesn’t crumble more and kill a bunch of people . . . 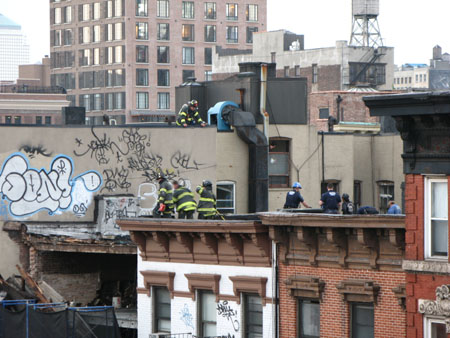 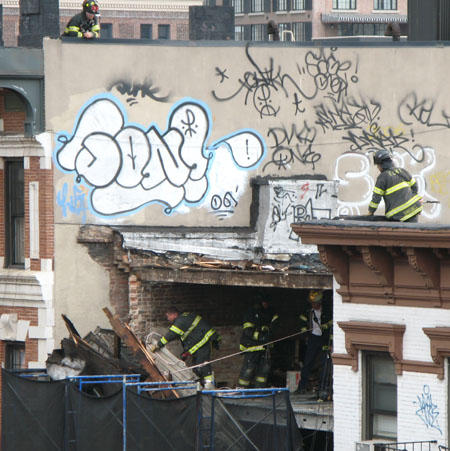 And the boss is there checking their work, all, “Yeah, that’s the way I would have tied that,” like it’s no big thang hanging out on a crumbling building . . .

And even with all this, there’s still some dudes carrying a couch underneath the building. The crumbling building. In the rain. Because carrying that couch was just what they’d planned on doing that day, I guess. 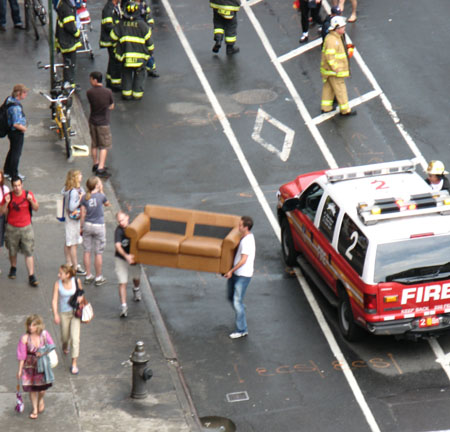 Yay, firefighting and couch-carrying New Yorkers. You make me glad that I live in NYC, that I have lots of windows, and that I have a new camera.

You are just all that cool.