Because we’ve all been enjoying my Russian covers lately, I want to show you one of the paintings without any clutter, like my name and the title.

So here’s The Last Days (sequel to Peeps) from our Russian brothers, pure and unadulterated: 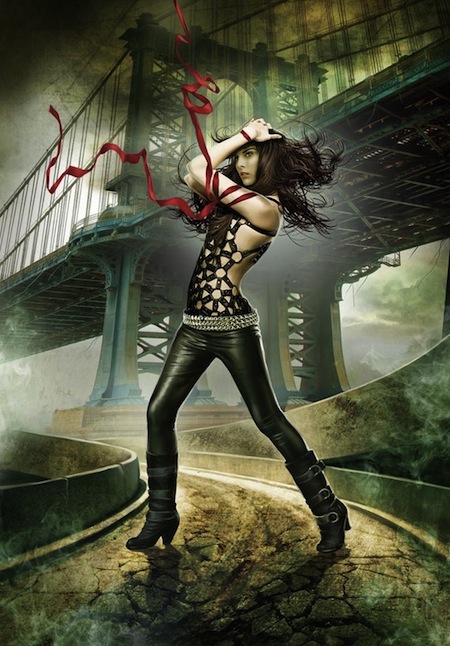 Not sure how YA this looks, given how much it ups the ante on the bondage-y look of the first cover. And points are subtracted because no cat, but that’s made up for by Brooklyn Bridge bonus points!

Here’s the cover with the title and stuff, which for some reason I can’t find except in low-res form. 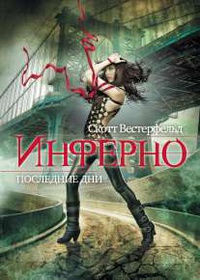 If anyone finds a bigger version with type, please let me know.

And now, three other things:

1) If you want to check out more of my foreign covers, Michael Grimm is building a site with all the Westerfeldian foreign covers he can find. It’s not done yet, but it has a ton of covers, including ones I’ve never received copies of. (Serbia, I’m looking at you!)

2) Team Human, the next book by my lovely wife Justine and Sarah Rees Brennan, just got it’s third starred review, this one from Publisher’s Weekly.

“This smart and entertaining novel—part Nancy Drew with vampires, part thoughtful and provocative story about assumptions—fully blooms in the second half. Themes of honest friendship and freedom of choice mix with zombies, accidental romance, a diverse and complex cast, and sharply funny dialogue to create a thoroughly enjoyable read with a core of unexpected depth.”

Here’s the rest of that review. And click here for more reviews of TH.

3) Sticking with Justine, last year she gave a Guest of Honor speech at Sirens, a fantasy lit conference in Colorado, about monsters, feminism, and Elvis. (And about being raised on an aboriginal settlement, being a fan of problematic songs, movies, and many other things.) She’s just turned it into a lengthy post on her blog, which can read by clicking here.

Okay, that’s it. No FAF this week, because we are on the fortnightly schedule at the moment. But I’ll have a new Manual of Aeronautics art reveal voting thread up soon!