I haven’t posted anything for Midnighters fans in a while, so here are a couple of bits of fannish art and one document for obsessed scholars.

But first, the event at Kinokuniya was a blast. Our thanks to all of those who came, especially fan-mail deliverers and shameless flatterers Steph, Jaimee, and Christina/Mikey! Fun was had by all.

So, a few days ago I got this present from Kallie, my own anti-darkling coffee mug!

In addition to this triple-decker tridecalogism, the other side has stuff too intricate for my still-life photography skillz to capture. It features thirteen 13s in Phoenician numerals and the five midnighter talent symbols. Kewl.

Now here’s something for your CafePress pleasure. The tridecashirt! 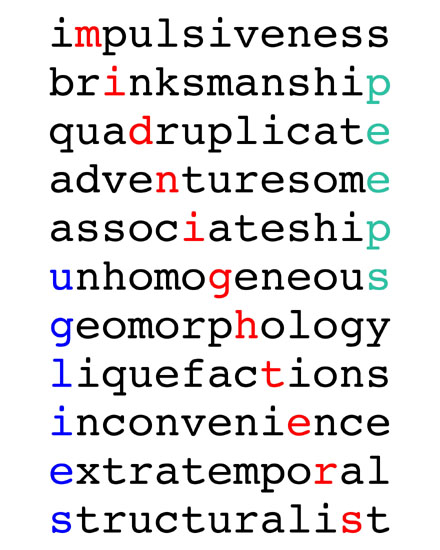 Yes, it’s amazing how much free time I used to have. But what is this for? Well, I hereby give you all the right to copy, re-mix, and promulgate this image in all media in existence or yet to be invented, forever and throughout the known universe.

In other words, steal it to make t-shirts if you want. Or coffee mugs.

Click here for a much bigger file, and here if you want a vast Photoshop doc without the white background. (‘Save As’ under File after it loads, then open in Photoshop.)

And finally, for the truly Midnighters obsessed, here’s the chronology of events for whole series, from September 1 to October 31. Funny how October 6 in Blue Noon takes 100 pages to unfold!

I apologize for the formatting, but this is the stuff of novelist’s working documents. Page numbers refer to the hardbacks, btw, and may have shifted slightly since page proofs.